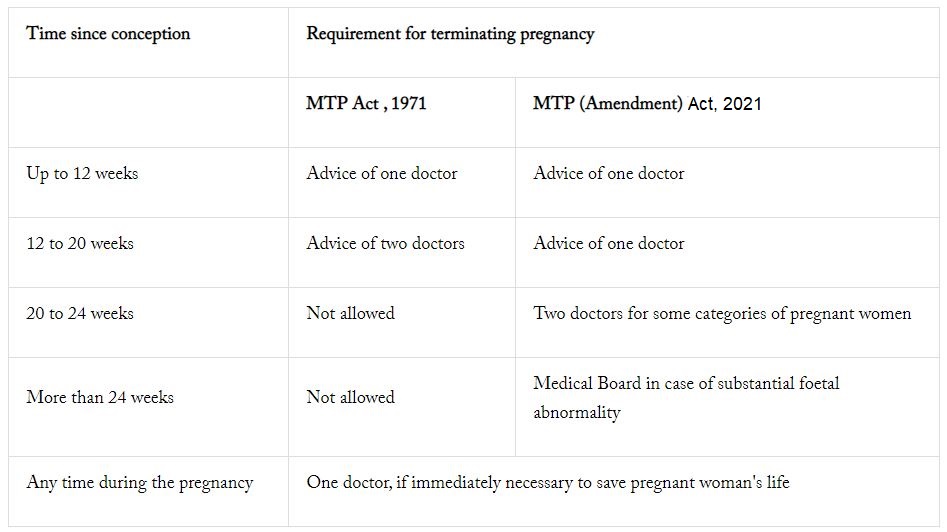 SIGNIFICANCE OF THE AMENDMENT:

In Justice K.S. Puttaswamy v. Union of India and Others (2018), Justice Chandrachud stated that reproductive choice is a personal liberty guaranteed under Article 21 of the Indian Constitution. While specific changes like extending gestational limits and including unmarried women are laudable, the amendment does little to fundamentally shift power from the doctor to a woman seeking abortion. Abortion thus remains tied to state-sanctioned conditions and not a woman’s rights.

Q. Does the Medical Termination of Pregnancy Act strike balance between the Right to life and the Right to choice? Substantiate your view?