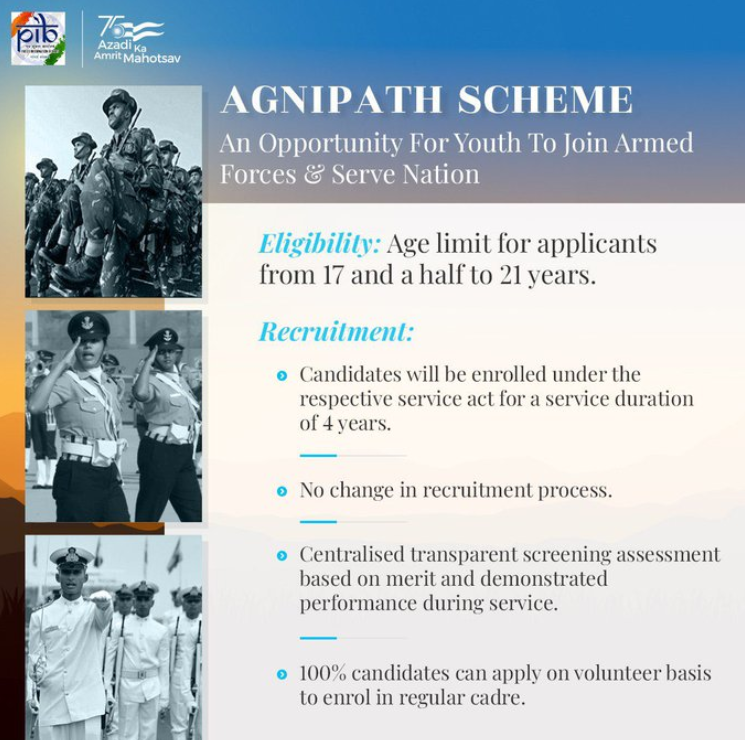 Upon completion of 4 years:

SIGNIFICANCE OF THE SCHEME: 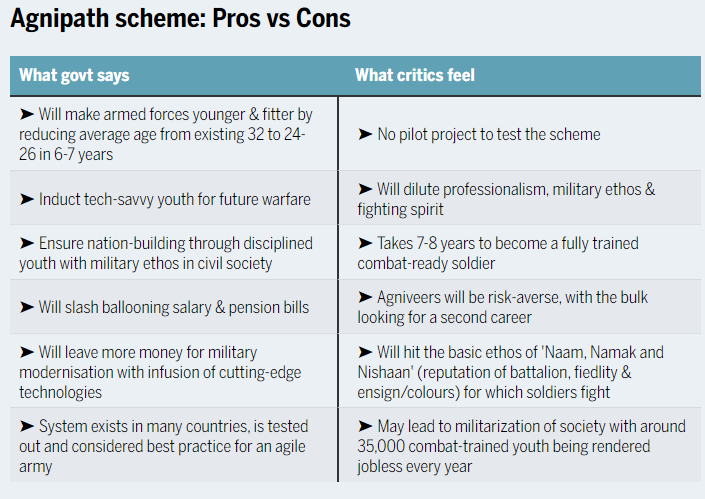 CONCERNS OVER THE SCHEME:

Q. Agnipath scheme envisages promotion of nationalism in the youth, offering skilled manpower to the society and ensuring a more youthful profile of the Army. Elaborate?