Nobel Peace laureate Kailash Satyarthi warned that due to the pandemic, the number of children being exploited in child labour is expected to increase and called on countries to take urgent action. 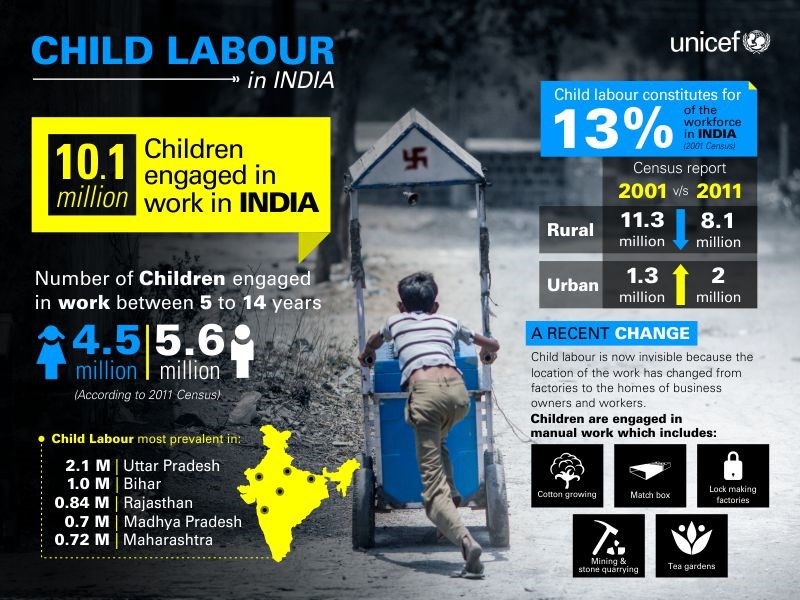 Q. ‘Children shouldn't work in fields, but on dreams!’ (Essay)

Q. Give an account of the efforts taken by the government to address the issue of child labour in India?