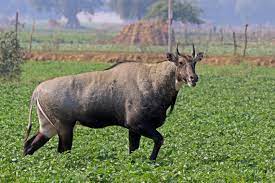 With reference to ‘Nilgai’, consider the following statements:

1. They are commonly found in dense forests

2. They are protected under Schedule III of the Wildlife Protection Act, 1972