WHAT IS THE OZONE LAYER?

HOW DOES OZONE PROTECT US FROM UV-B?

OZONE DEPLETION AND THE “OZONE HOLE”

HOW DO THESE CHEMICALS DEPLETE OZONE? 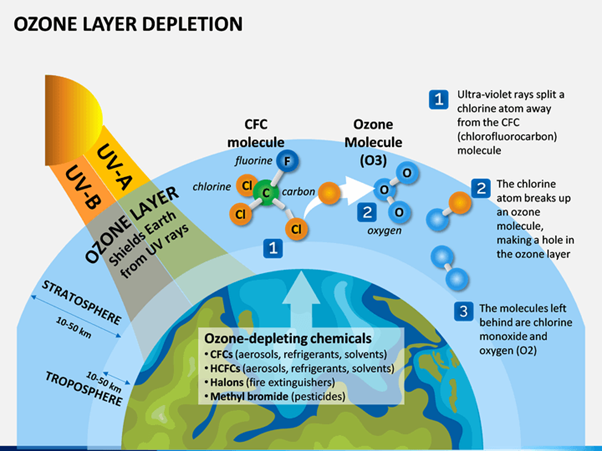 INITIATIVES TO PROTECT THE OZONE LAYER