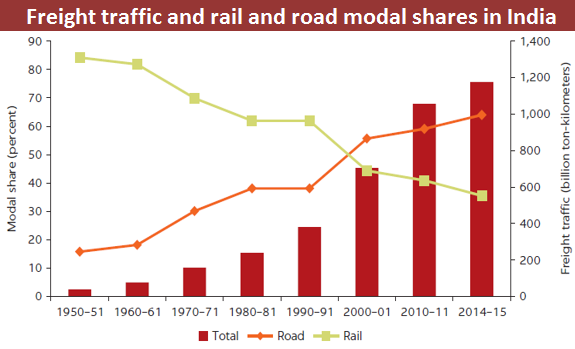 In 2015, the Indian Railways had set up the Bibek Debroy Committee on Restructuring of Indian Railways. The committee had made some key recommendations, which include:

RESTRUCTURING RAILWAYS: EXAMPLES FROM OTHER COUNTRIES

Several countries have restructured their Railways.  Most of it has been on the lines of segregating bodies on the basis of their functions, and creating autonomous bodies that are independent of the government.

Q. An overhaul of the Indian Railways is long overdue. Discuss?