Under the Constitution, the power to make laws rests with the legislature. However, in cases when the legislature is not in session, and ‘immediate action’ is needed, the President/Governor can issue an ordinance. 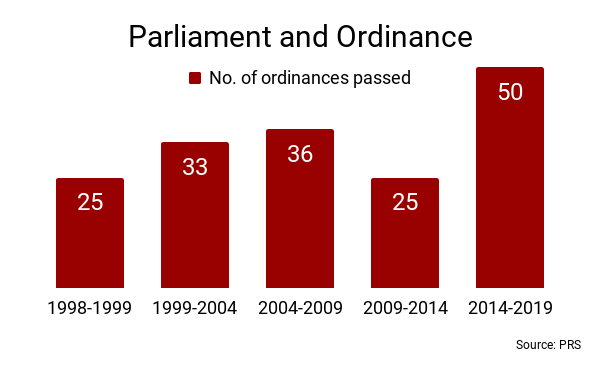