China has expressed concerns and demanded answers from USA after a U.S. nuclear-powered attack submarine sustained damage in the disputed South China Sea. This marks another point of friction over the south China sea. 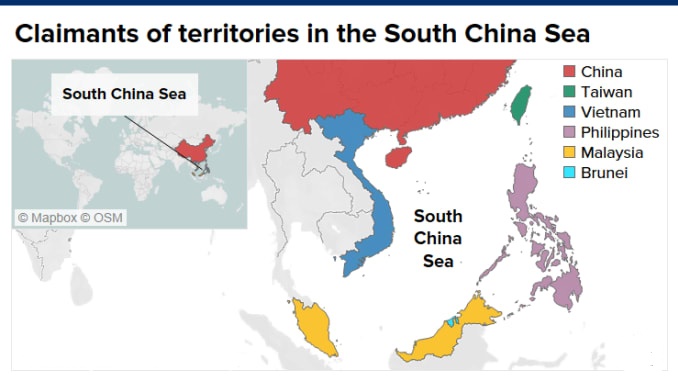 HISTORY OF THE DISPUTE:

INDIA’S INTERESTS IN THE REGION:

Q. ‘There is a notable shift in India’s approach to the disputes along the South China Sea’. In this regard, discuss the significance of South China Sea to India?