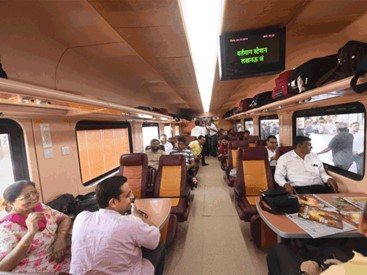 Other Train models in news:

Consider the following statements regarding Tejas express:
1.They are first semi-high speed fully air-conditioned train.
2.They are manufactured at Integral Coach Factory, Chennai.
Which of the statements given above is/are correct?
(a)1 only
(b)2 only
(c)Both 1 and 2
(d)Neither 1 nor 2