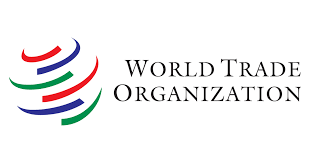 The reputation and relevance of international institutions including the World Trade Organisation (WTO) has been in jeopardy due to recent increase in protectionist tendencies and US-China trade wars.

The World Trade Organization (WTO) is the only global international organization dealing with the rules of trade between nations. The WTO provides a forum for negotiating agreements aimed at reducing obstacles to international trade and ensuring a level playing field for all, thus contributing to economic growth and development. The WTO also provides a legal and institutional framework for the implementation and monitoring of these agreements, as well as for settling disputes arising from their interpretation and application.

Over the past 60 years, the WTO and its predecessor organization the GATT have helped to create a strong and prosperous international trading system, thereby contributing to unprecedented global economic growth.

Besides GATT, some of the major agreements are:

DOHA ROUND OF WTO:

IS THE WTO RELEVANT?:

India has been a member of the WTO since its inception in 1995. India is one of the prominent members of WTO and is largely seen as leader of developing and under-developed world. However, on several aspects, India has outstanding concerns.

Instead of surrendering to sectorial lobbies, policy-makers need to take long-term strategic view of trade negotiations. Hence, if the WTO system continues to face uncertainties, India should accelerate its efforts for bilateral trade negotiations with major trading partners. As large part of our trade is now with Asia, rejoining the Regional Comprehensive Economic Partnership (RCEP) should be taken more seriously. Also, the government should seriously re-start negotiations with the EU, which is frozen since 2013.

Q. The time has come for the emerging economies and the developing world to have a greater say in how to shape multilateralism and its institutions. In this regard, discuss the role of India in reforming the World Trade Organisation?