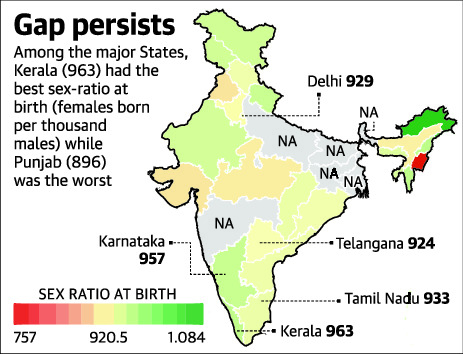 About the report’s findings:

Consider the following statements based on 2011 census:
1.Urban female sex ratio was more than rural sex ratio in India.
2.Kerala was the State with Highest Female Sex Ratio.
Which among the above statements is/are correct?
(a)1 only
(b)2 only
(c)Both 1 and 2
(d)Neither 1 nor 2