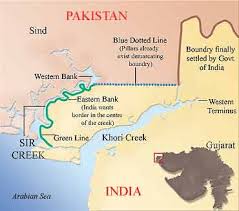 In the recently concluded WION global summit in Dubai, there were discussions related to the ongoing dispute over Sir Creek between India and Pakistan.

SIGNIFICANCE OF THE CREEK: