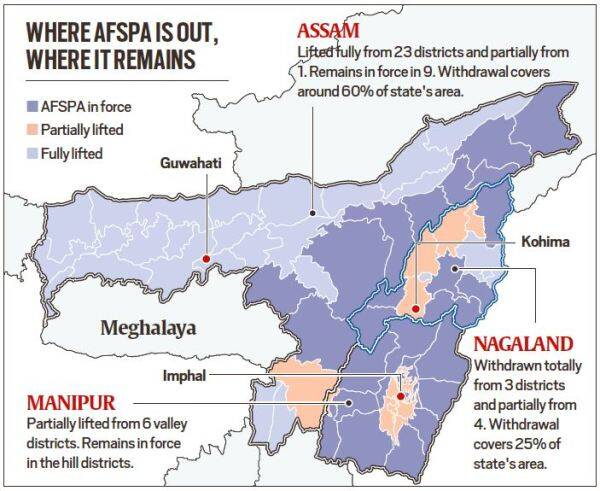 WHAT LED TO THE PARTIAL WITHDRAWAL OF AFSPA?

In simple terms, AFSPA is a law which gives immense powers to armed forces to maintain rule of law in the “disturbed areas” declared by MHA.

KEY PROVISIONS OF THE AFSPA ACT

ARGUMENTS IN FAVOUR OF AFSPA:

COMMITTEES WHICH REVIEWED THE ACT:

Q. Indefinite deployment of Armed forces in the name of restoring normalcy under AFSPA undermines the ideals of democracy. Critically analyse?