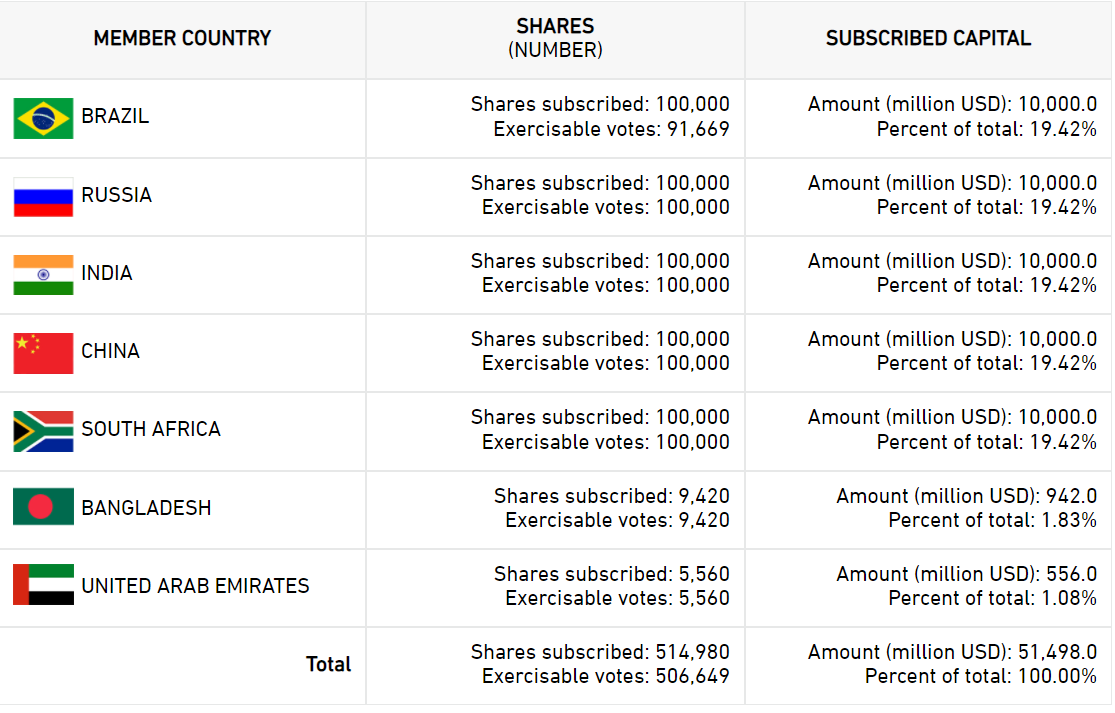 According to the Articles of Agreement, the main organs of the bank are:

The creation of the BRICS bank is rooted in the real and continuing power shift in the international system from the developed industrialized world towards emerging market economies. In this sense, the bank is a physical expression of the desire of emerging markets to play a bigger role in global governance.

In the initial years, its lending activities were directed towards governments and state-owned enterprises. The focus is now shifting towards lending to the private sector and expanding the products beyond loans to include equity, guarantees and credit enhancement.

Q. The creation of the New Development Bank by the BRICS nations was an act of great foresight. Discuss?