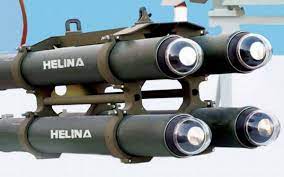 Which of the following statements are correct regarding Helina - Anti- Tank guided missile (ATGM) ?

2. It can be launched from a helicopter.

3. It is designed and developed indigenously by DRDO.

Select the correct answer using the code given below: