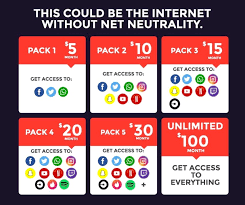 WHAT IS NET NEUTRALITY?

WHY NET NEUTRALITY IS NEEDED?

CHALLENGES IN IMPLEMENTATION OF NET NEUTRALITY

Q. Explain the concept of net neutrality? Analyse the relevance of this principle in ensuring equitable access to internet in India